Earlier this month, a bunch of Augies and I hit up Future Assembly to get a handle on what’s next in the world of science, technology, and check out a general smattering of things that make you go whoa.

While we’ve been known to represent August via squadron in the past — with group presence at Interactive Minds, Google Partners Masterclass and Web Directions this year — Future Assembly 2016 proved a legitimate assembly, with no less than seven Augies converging on the event.

Over two days in early December, I went along with Rowan, Steph, Mark, David, Sylvia and John to check out various events, speakers, workshops, and exhibitions. Since the event was so huge, I thought we’d present you with a communal wrap-up of our highlights.

So, let’s get into everyone’s favourite bits from an awesome Future Assembly, including the five ‘Ps’ of service design, a live Future Sandwich, what’s next in our work lives, and the concept of machine learning.

The highlight for myself and Steph? ‘Service Innovation: it’s a process’, with Charbel Zeaiter of Academy Xi.

The Future Assembly workshops were pitched as a series of ‘lightning interactions’ exposing you to new ways of learning, and Steph and I began the Friday with a workshop on Service Design.

Our facilitator was Charbel Zeaiter of Academy Xi, a learning academy specialising in short courses and workshops in UX Design, Service Design, and Growth Marketing, among other disciplines.

We popped our headphones on, tuned into the correct workshop ‘channel’, and settled in. 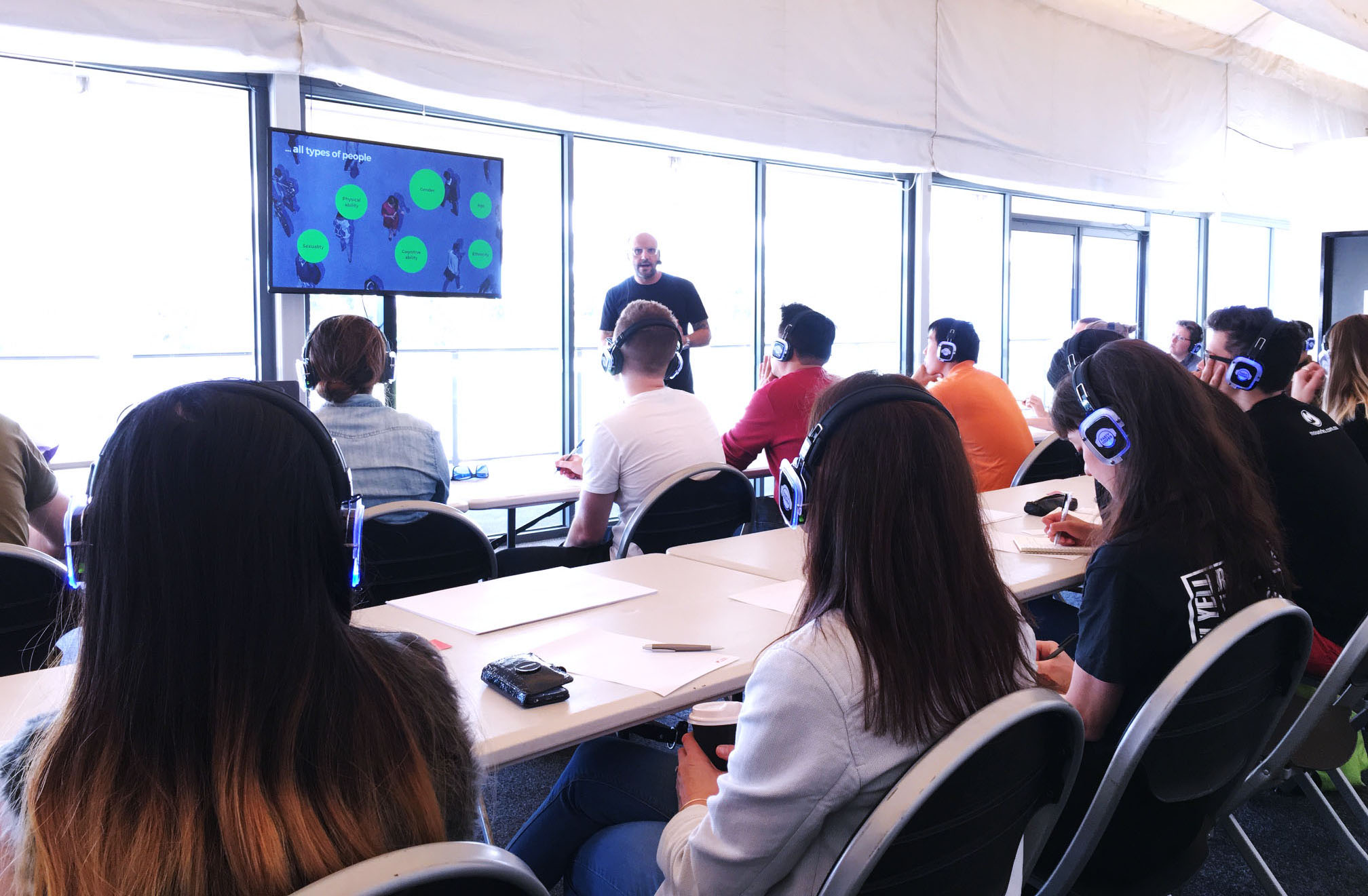 Charbel began with a useful definition of Service Design. Where Customer Experience refers to customer perception of experience and interactions with a company, and UX Design is the process of understanding and solving specific problems within a customer experience, Service Design relates to the way services are created, delivered, and experienced.

When thinking about services, it’s essential to remember they’re essentially about delivering for people — people of all genders, sexualities, physical abilities, and cognitive abilities. It is important to invest time into customer research and listening, and remember that simplicity is key.

Ideally, a well designed service is understandable, easy to use, accessible, and designed with consideration of the five ‘Ps’.

Using the last of the five ‘Ps’ as a springboard, Charbel launched into a discussion of product innovation. Or, rather, the lack thereof, as succinctly highlighted by this telling comparison of Braun and Apple products: 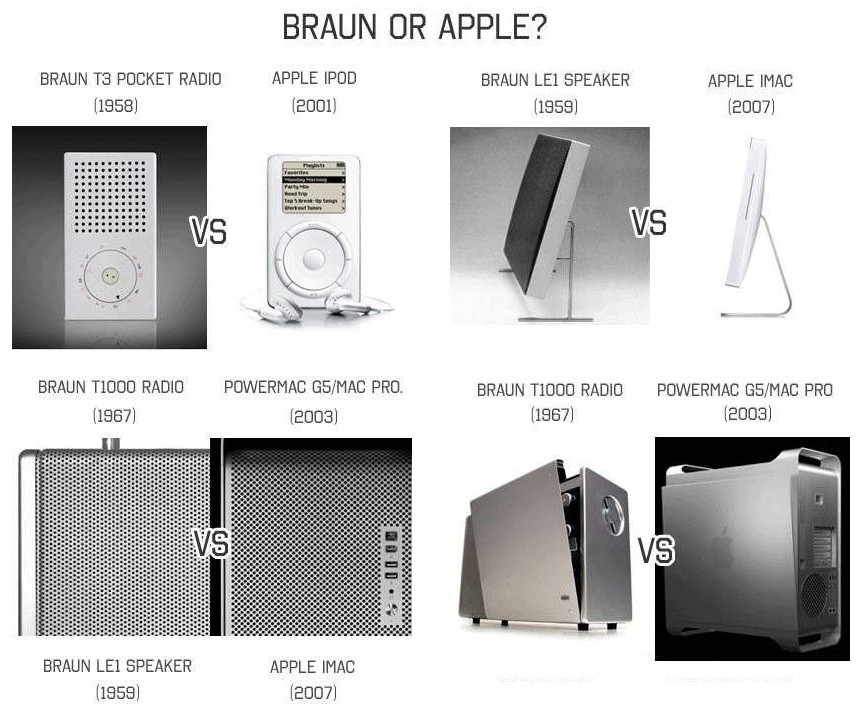 The main insight? People have always had the desire to listen to music. Only technology has evolved — from records and decks, to small, hand held devices, to Bluetooth and wireless — in order to make the act of listening to music more efficient. And arguably more awesome.

Charbel covered a great deal at lightning pace, and we left feeling pumped for the rest of the day.

Emily: My main takeaway is that consistency is key in accommodating customers, but the capacity for change is just as important.

Steph: For me, it’s the idea that simplicity enhances an experience and people’s desires can be relatively universal. The real devil is in the details of material, technology, delivery, and context. 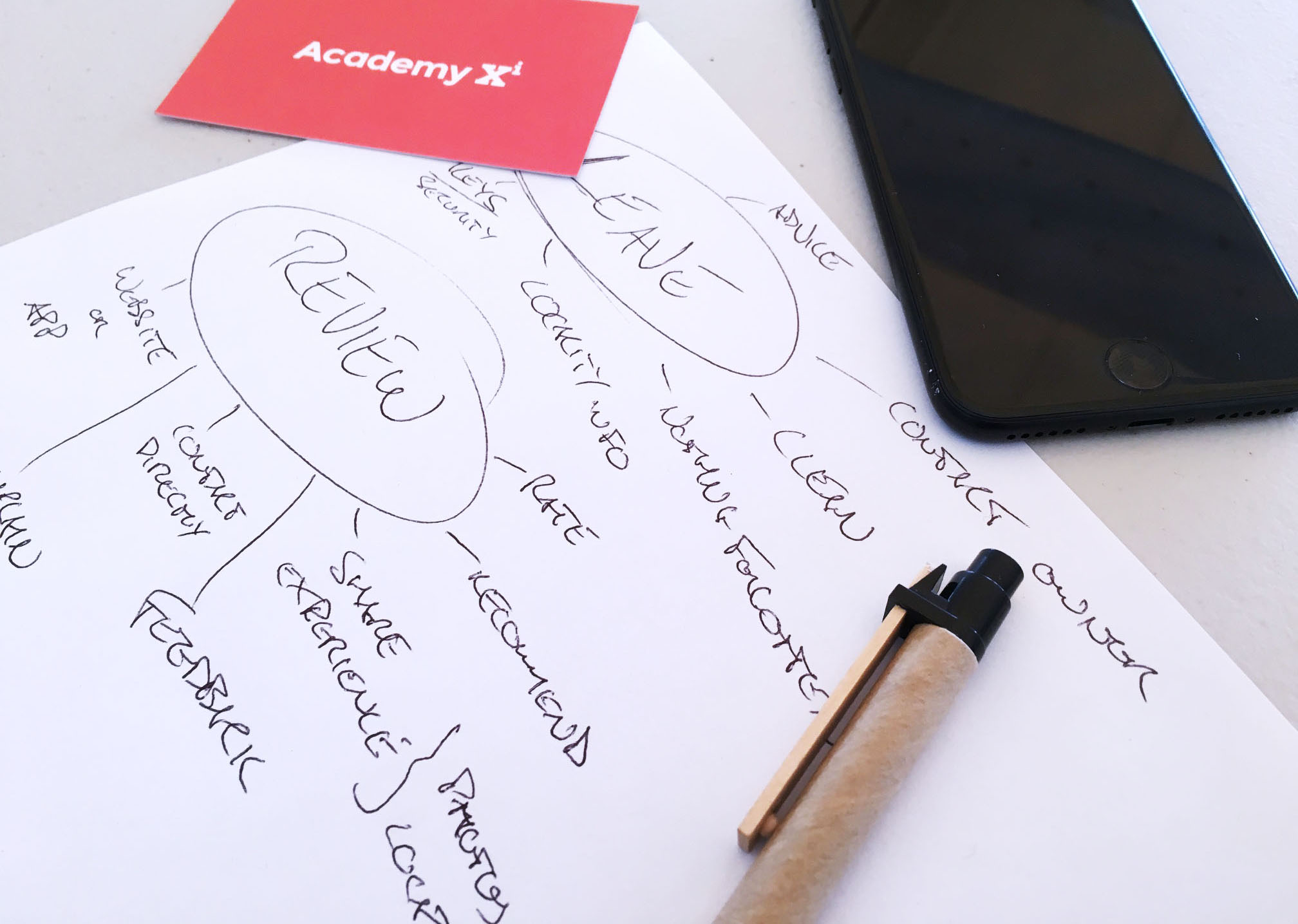 Secrets from the ‘Service Innovation’ workshop.

I attended the ‘future conversation’ session. The discussion consisted of a live recording of an episode of the ‘Future Sandwich’ podcast — a chat about the future, held over a sandwich.

The panel moderator, and host of the podcast, is Tommy McCubbin, Creative Director of CHE Proximity.

As host, Tommy prompted each of the speakers with divisive or contentious statements, inviting them to elaborate on whether they agreed or disagreed with each statement. Future Assembly attendees weighed in live via Twitter too.

There were six statements in total:

‘Facebook is a technology company, not a news or media company.’

Highlights from the panel members:

Steve Sammartino: ‘Ultimately you are judged by how you make your money, and in Facebook’s case, that’s through eyeballs and access to data. In the end, they are a content publishing company.’

Nic Hodges: ‘Facebook aren’t subjected to the same editorial policies and publication guidelines, and it’s just a place where people come to read their news. Around 60% of all Facebook users in the US come to Facebook as their primary source of news.’

‘Everybody should learn to code.’

Steve Sammartino: ‘It’s more relevant to give young people a broader education, rather than a narrower one. Our education system is upside down.’

Thoughts from the panelists:

Nic Hodges: ‘This is more a reflection of the fact that 40% of Fortune 500 companies over the last 10 years have ceased to exist rather than a prediction of what’s likely to happen.’

Steve Sammartino: ‘Businesses are slowly coming around to the idea of operating in a digital age and will quickly realise they need to pivot to sustain operations. It might not be 40%; maybe closer to 20-25%.’

‘Maccas should replace all staff who take your order with robots across all 14,000 US restaurants.’

Views from the panel:

Georgia Beattie: ‘It’s also starting to roll out in Australia by way of automated Kiosks.’

Steve Sammartino: ‘Machines can never be made to make a decision of whether to run over a child who’s accidentally run on the road, the grandpa who’s walking down the footpath or the person walking behind a barrier.’

Georgia Beattie: ‘I’ve been in a room where a robot was programmed to learn about responses to certain emotional questions — don’t think that robots can’t be trained to make rational and emotional decisions in the future.’

Steve Sammartino: ‘This could work in a situation where problematic influences (people) are actually removed from the road and our infrastructure changes accordingly. That’s Elon Musk’s grand plan anyway.’

Rowan checked out ‘The future of work’, a panel facilitated by Peter Wheeler.

I attended the ‘future of work’ panel discussion, facilitated by Peter Wheeler. Speakers on the panel included:

‘50% of the jobs that exist today probably won’t be around in 10-15 years. Also, because we’re living longer, we will probably work until we’re 80.’

With that in mind, panelists answered the question: what is the future of work?

As a brief aside, it’s worth noting Marissa’s point here differed to another speaker’s opinion, Layla Foord, who presented later on the Friday afternoon. While Marissa spoke of the liberating effects of software, Layla identified the importance of face-to-face, physical interaction in establishing a true connection with team members.

It was interesting to see the divide in opinion. It’s always refreshing to witness a breadth of speakers with conviction in their thoughts and predictions, rather than having everyone sing from the same song sheet. 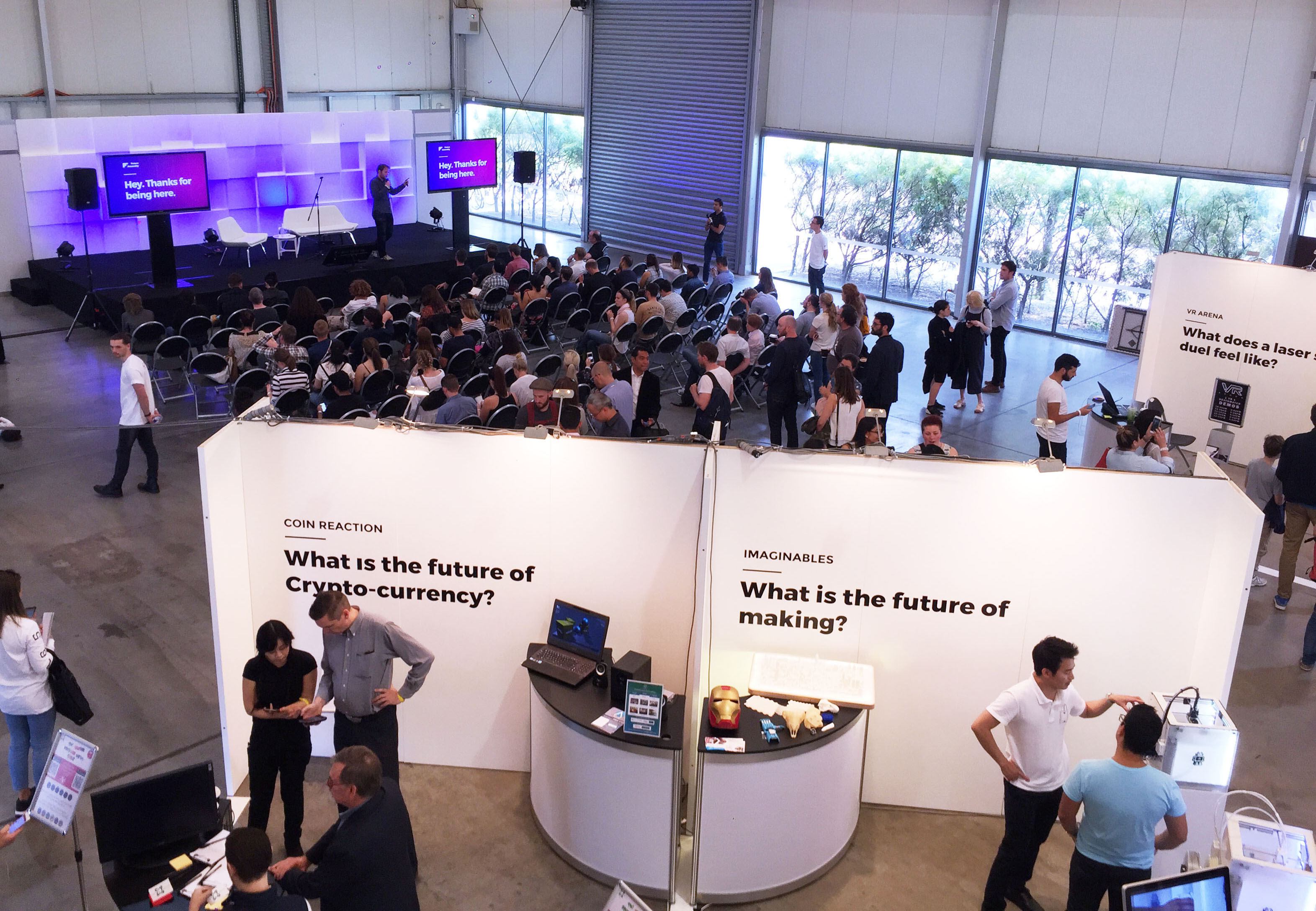 From work and sandwiches, to Crypto-currency and making:
Future Assembly has all your future needs covered.

Mark attended ‘Emerging company culture from the ex-GM of Envato’, with Layla Foord.

Following a presenter who closed with a song about open source licensing while playing a ukulele, Layla Foord had a tough act to follow.

Luckily, she was instantly personable and established a connection with the crowd from the outset.

Layla began with slightly less whimsy than a ukulele performance, kicking off with some photos of the UK slums where she grew up. She immediately contrasted the environment with the privileged position she enjoys now: acknowledging she drives a Land Rover Discovery. It was a personal vignette, but at the same time curiously enlightening — warm and anecdotal while offering genuine insight. In that way, it was absolutely typical of Layla’s presentation in general. Throughout her discussion, Layla presented slides of colleagues she’d worked with over the years. With each one, Layla had helped the person ‘discover their superpower’.

What does that mean?

As an example, there was a carpenter who felt his trade no longer aligned with his personal values. He’d become unhappy about destroying trees to create furniture. So, he came to Layla with a keen desire to get involved in database work and product innovation. Layla saw someone who could create — ‘you can build things from nothing!’ — and encouraged his talents.

True to form, this particular carpenter nailed it. He now enjoys a prosperous career in design and innovation with a successful tech business. All he needed was the right encouragement to discover his personal superpower.

Throughout, Layla was funny, intelligent, and empathetic. It was an insightful glimpse into the benefits of bringing the best out of others, with a valuable take home message:

Don’t take people at face value. With a bit of effort and the right skill, you can uncover anyone’s superpower.

And that seems like an excellent superpower in itself.

It sounds like something from a sci-fi movie or an unreleased Kraftwerk single, but it’s even more interesting than both of those things combined.

Machine learning is a variety of artificial intelligence that allows computers to learn without being explicitly programmed to do so.

For example, Watson, developed by IBM, is the world’s first AI doctor. Watson’s diagnosis accuracy is currently at about 60%. However, unlike a human, Watson reads every single piece of research published in medical literature. Within the next few years it will become a real tool used in medicine. 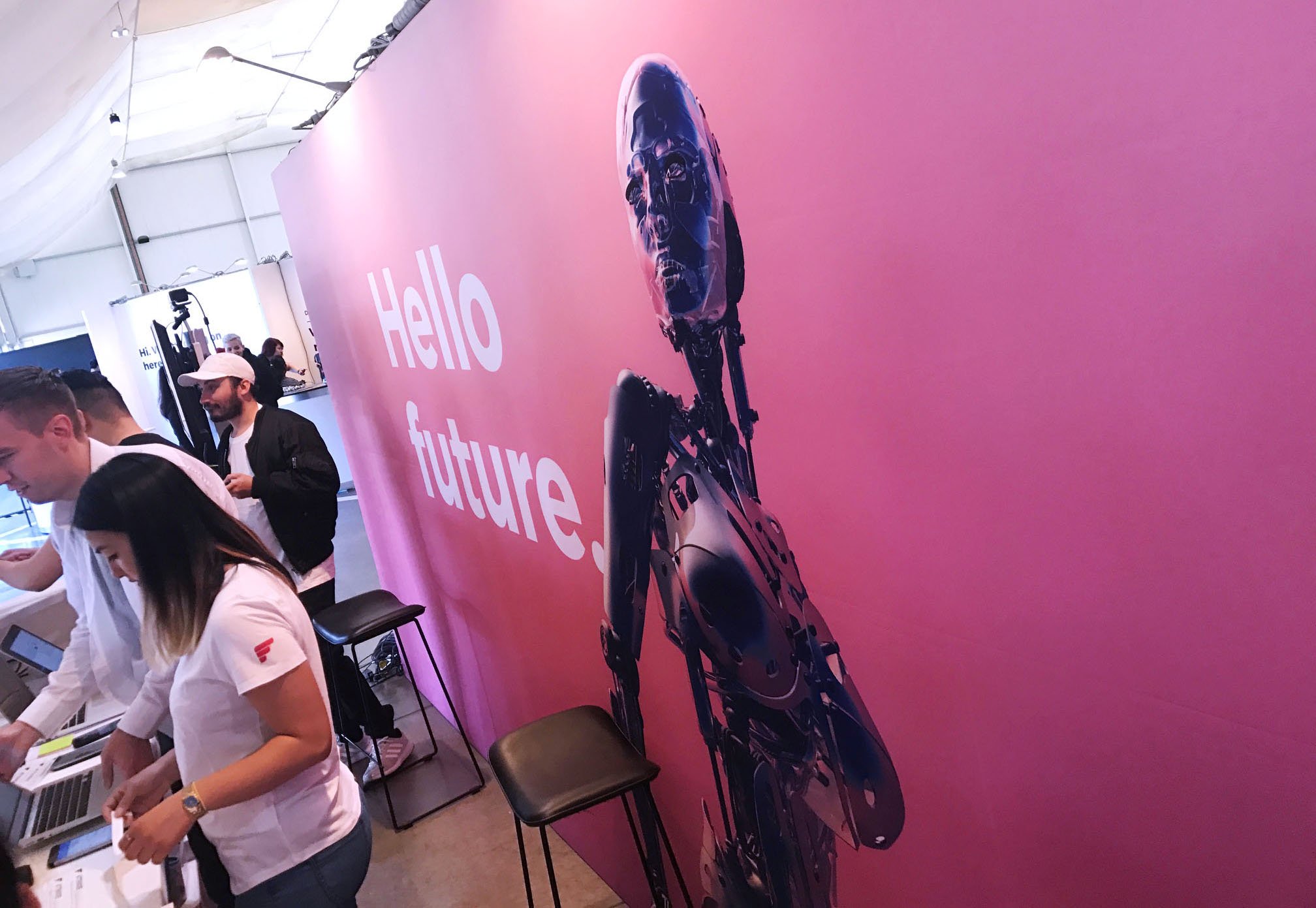 Gamification is the use of gaming principles to drive projects and organisational structures.

These can include various kinds of:

The idea is to transform dull tasks into desirable activities, by tapping into the fact that many of us grew up with Mario, Donkey Kong, and Pacman as childhood friends.

Unsurprisingly, good gamification has the same qualities as any good game. There should be clear goals. Feedback and failure should be identified and delivered quickly. Progress and achievements should be based on merit, rather than association with the ‘right’ people.

And, end goals should be clearly defined.

To be honest, I saw most of the day through the lens of my camera, so everyone else can get a glimpse of what we did! 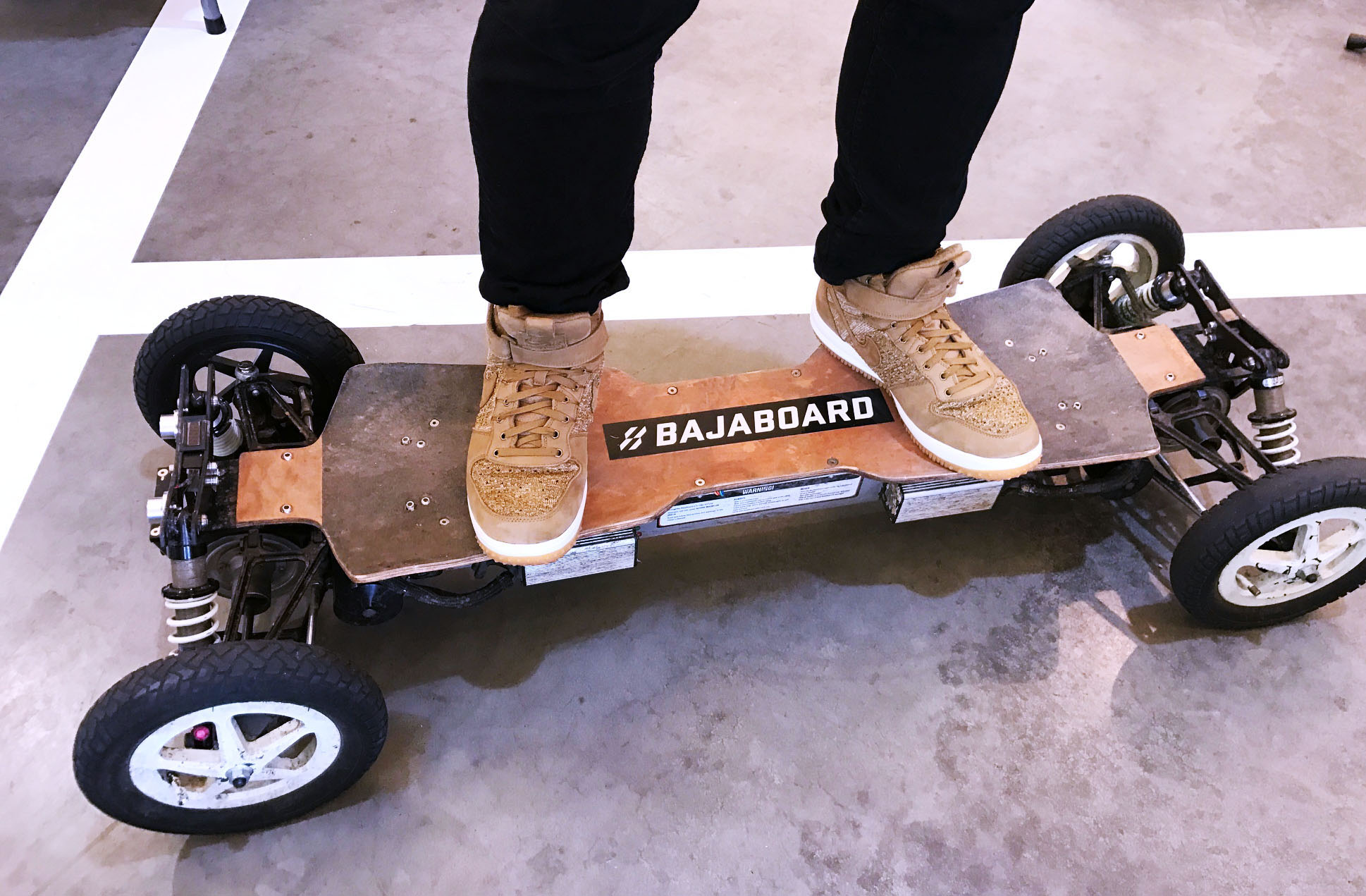 Like, for example, riding a motorised skateboard in cork-board Nikes.

And with that, another excellent instalment of Future Assembly is consigned to the past.

Thanks to the Future Assembly team for an enlightening program of speakers and workshops, all of the individual presenters themselves, and my fellow crew of Augies.

Were you at this year’s Future Assembly? Did we miss any good bits? Don’t hesitate to let us know!

Twelve Google Analytics features you probably aren’t using (but should be).